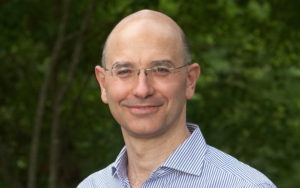 Fabio Giommi teaches retreats, day longs, and guides Insight Dialogue practice groups in Italy. Fabio began to meditate in 1997 in the Vipassana tradition, attending retreats led by Corrado Pensa and monastic teachers from Thai and Burmese traditions. In 1998 he became deeply involved in the Advaita Vedanta (non-dual) tradition as well as a disciple of Raphael. Since 2008 he has been trained by Gregory Kramer, and co-teaches with him and other Insight Dialogue teachers. Fabio is a clinical psychologist and psychotherapist and teaches Mindfulness-Based Stress Reduction and Mindfulness-Based Cognitive Therapy. As a Senior Researcher at Radboud University in the Netherlands, he studies aspects of mindfulness, while in Italy he co-designed and teaches Italian Foundational Mindfulness Professional Training. Since 2008 Fabio has directed the School of Specialization in Cognitive Psychotherapy in Milan, Italy where he lives.

May we join together to cultivate wisdom and compassion, recognizing the interconnectedness of all beings everywhere.